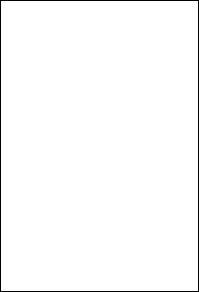 St. Neot is renowned for its spectacular stained glass windows and is the second oldest in England; St Mary’s Church, Fairford, Gloucestershire, being the first. We were instructed on how to discriminate between 15th century glass and the more modern Victorian. John Hedgeland had restored the stained glass windows in 1830 and it seems some of the pieces were mixed up. Prior to the Victorian era it was usual to replace glass a little at a time as storm damage required. However, the Victorians tended to rebuild the entire window, sometimes resulting in repositioning some pieces of glass. Bodmin may have been the production site of the earliest stained glass and it would have been blown and cut into shapes leading to odd air bubbles. 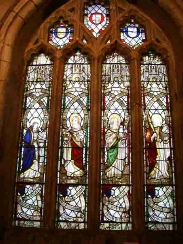 One of the most impressive windows depicted the life of St. Neot showing how he gave up a noble background to become a monk. His lifestyle may not have been too austere as he had a servant. The manservant was depicted as a dwarf. Some say that St. Neot was a dwarf but, at that time, it was not acceptable to depict him as such. In the tradition of Saintly people a miracle is revealed returning cooked fish back to life and the same theme can also be seen depicted in a roof boss.

Many members were unable to attend due to the bad weather and as the members who did attend were so impressed with their visit, Joanna Mattingly has generously volunteered to repeat the talk at a future date.