A French Invasion across Forder Valley?

A crocodile of some 45 members, flanked by outriders with fluorescent yellow safety waistcoats, set off from Sainsbury’s car-park at Marsh Mills, following our leader, Plymouth City Archaeologist John Salvatore. Our route led us over the pedestrian bridge to Crabtree and then southeast along Plymouth Road to the foot of Military Road. Here, by the roadside, we encountered our first object of interest – War Department Boundary Stone No.1. This stone marks the eastern end of the

chain of defences constructed c.1870 to defend Plymouth and Plymouth Dock from invasion from the landward direction. Following concerns about the intentions of the French Emperor, Napoleon III, the Prime Minister, Lord Palmerston, formed a Royal Commision in 1859 “to consider the defences of the United Kingdom”. The Commission’s recommendations resulted in the building of the arc of “Palmerston Forts” around Plymouth, as well as various coastal defences. The North East Defences consist 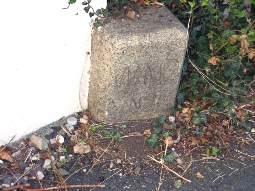 of a complex system of earthworks, protected roadways, gun emplacements and a total of 10 forts or fortified batteries stretching from our starting point on the Plym Estuary to Ernesettle fort on the Tamar Estuary.

We climbed up the military road to Laira Battery which forms the South East end of the North East Defences. It is sited on a hill overlooking the Plym and the main road and the former Longbridge crossing, into Plymouth from the east. The whole area, sequestered farmland, would have been a military zone, with open slopes for clear fields of fire, embanked roadways allowing protected movement of troops and supplies between forts. Forts, batteries and emplacements were sited to cover each other. A lot of the land is now wooded and heavily overgrown, concealing some of the earthworks and obscuring the overall view. 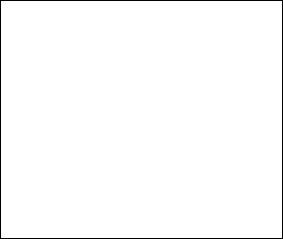 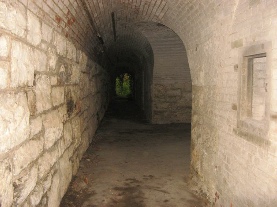 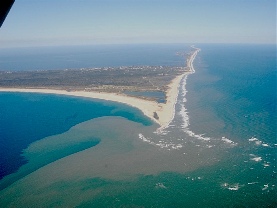 Laira Battery is five-sided, lightly defensive on the inner side, with a rifle loop-holed wall, but heavily built on the outward facing sides, with barrack accommodation and magazines in a lower level below the gun emplacements in “Haxo casemated” (earthed-over shell-proof vaulted chambers). Most of the interior of the Battery is used by a plant hire firm and for storage, but it was possible (thanks to earlier sterling work by John and Chris Ruse in clearing barrow-loads of rubbish) to gain access to the casemates in the southern wall. The group divided into four to take turns for torch-lit tours of the atmospheric interior. We saw the gun positions and the “expense magazines” for storage of powder and shot for immediate use. John explained the precautions necessary to prevent sparks causing explosions.