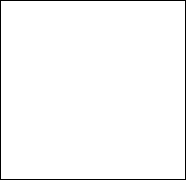 OBSERVATIONS OF THE SKELETAL REMAINS FROM THE

Part of a burial site behind Plymouth Athenaeum has been excavated by Exeter Archaeology prior to redevelopment. They found some decorated naval buttons and evidence that some of the bodies may have belonged to war casualties. The burial site is .........

thought to date from 1700-1815 and burial registers exist for the final eighteenth months of this period. Although the burial ground is shown on a map of the time, the site of the hospital prior to the building of the Royal Naval Hospital in 1762 is unknown. Prisoners from Millbay Prison, including prisoners of war may also have buried there. One hundred and sixty internments have so far been unearthed and Dr Hodgins has examined 15 bags of disarticulated bones. These were generally poorly preserved, both due to previous redevelopment and to the acidic soils. They were mostly of young adult males with 20% estimated to be teenagers.

This talk accompanied the Jan 2008 AGM and,although not strictly part of our winter lecture programme, is best placed in this section.

He found four amputated limbs plus one that showed ‘slug’ marks which suggested the patient had survived two weeks after an amputation before succumbing to osteomyelitus. Two of these men had died as a result of surgery and were buried with their amputated limbs. The bones also included one with a primary tumour and another with a shrapnel wound as well as some fused ribs suggesting that they had belonged to someone who worked long hours with their arms raised, such as a painter.

Four of the amputations were of the upper leg and one of the upper arm. An examination of the amputated ends showed saw marks across the surfaces with the final portion snapping. The amputation of the upper arm had involved three re-positionings of the saw. A picture of the tools used at the time and the realisation that the operation was done without any anaesthetic brought home the full horror of the procedure. Oxford University are seeking funding to collate the finds on this site with those from the other naval hospitals at Gosport and Greenwich.