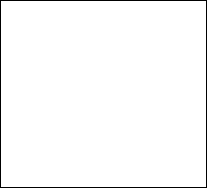 The society was again treated to an interesting coach trip. After turning off the motorway the roads became single lane and the hedges closed in. We all prayed not to see another vehicle coming in the opposite direction, none more so than the driver of our large coach. Cothay Manor is not open to the general public; entrance is only by way of advanced group bookings. It has only been in the ownership of the Robb family since 1993 and their good stewardship can clearly be seen in both the house and gardens. As we approached the house from the coach park the views through the trees were stunning. The Manor House was moated in the mediaeval period, but now only a small portion of the original moat could be seen at the side of the house. The pond in front of the manor reflected both the beauty of the buildings and the garden.

We were met by Alastair Robb, who was to conduct us around the house and point out historical features. The beauty of this privately owned house is its warm lived in feel with personal effects in evidence like a normal home. I couldn’t help but notice the contrast with many other stately homes which appear more like stuffy museums. We started out in The Great Hall, the heart of any Manor House in the medieval period. It consisted of plastered stone walls with wingless Angel corbels to take the roof trusses. Each of these Angels carried a shield

Angels carried a shield and would have been painted with coats of arms reflecting the families of the time e.g. the Bluetts and the Everys. However what would have impressed guests were the reverse wind-braces, a very expensive method of construction for the time and a clear representation of ostentation. At the North end of the room was a small step that seemed unimpressive to us. This was a dais and would have been for the high table. This status of the high table would have been further enhanced by the families white table linen and silver plate. The windows were high in the walls, contrasting to modern day architecture, and were for light and security not views. The walls looked a little blank but would, in their time, have been decorated with paintings or hung with expensive tapestries. We were shown, on the western wall, the faded outline of a medieval wall painting reputed to be the funeral of Raynard the fox. This painting was discovered in the 1930’s and depicts Raynard the fox being hung by two Geese. A morality tale that would have been known and identified by people of the time maintaining an orderly society. Listening to Alastair explaining the features of the room with the smell of wood smoke from the fireplace was quite evocative of the long gone period.

Next we moved to the dining room which had been added to the house by William Every in 1609. A low dark room with linen fold design oak panelling and fire place. The fireplace was surmounted by the Haydon coat of arms with a number of blank panels as head of the household died without issue. In the middle of the stone fire mantel was a very rare carving of a six pointed star. This was to ward off witches. The ceiling was unique and of local plasterwork. In each corner there were figures, possibly depicting the craftsmen. Another notable room was the visitors’ bedroom with original frescoes and painted freeze. The freeze was heavily restored by an enthusiastic previous owner and looked a little garish for it. In the corner of the room was an interesting 15th century fresco of an Annunciation. It shows the Christ child arriving on a beam of light to the Virgin Mary. This would have been considered a heresy and was probably painted over after the decree by Pope Benedict XIV banning it. It remained hidden until its discovery in 1920. We were shown another wall painting on the stairway that had deteriorated in recent years due to damage possibly caused by the vibration from low flying aircraft shaking the very plaster from the wall