Although no evidence has been found for bronze or Iron Age it is assumed that the area was inhabited at this time similar to other sites in the south hams region.

There have been some finds of the dark age period consisting of Mediterranean pottery and three amphora handles were found (1960) in the dunes and were given to Totnes Museum by Mr. Mildmay-White.

In 1990 PDAS did some rescue sieving of eroded dunes.

In 2003 York and Newcastle Universities started a research project under Steve Roskrams and Sam Turner. Although this site has been known about since the 1950’s little has been done about it. However excavations in 2003 have revealed 5th and 6th century Mediterranean pottery. At the back of the beach under eroding dunes they have found hearths and two structures containing some animal bones and pottery dated to the roman and post roman period. 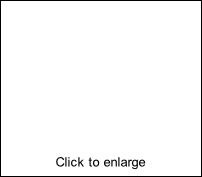